How to Break Up with the Wireless Industry

There’s a secret in the wireless industry. Something they don’t want you to know.

Very simply, prepaid phone plans are usually a better deal than any traditional cell phone plan. Getting an AT&T Prepaid refill is easy and inexpensive, but somehow major carriers don’t market their prepaid plans, and when they review your account, they never suggest them.

Once upon a time, the reason people chose to stay with traditional plans was because their phones were subsidized. In return for paying less upfront, they were locked into long-term contracts.

Today, most carriers don’t subsidize phones. Instead, they continue to offer expensive plans, and then add a monthly payment so you purchase the phone over time - for full price.

Don’t fall for it. Here’s why you should break up with traditional wireless.

You Can Use Your Top-of-the-Line Phone

Don’t think that just because you have a prepaid plan, you can’t use a high-quality phone. You can use fully-featured smartphones on almost any prepaid plan. Data limits are available that are the same or similar to traditional plans.

A prepaid plan allows you to avoid overage fees for your data, and if you need more than you have available you can simply buy more GB. Don’t assume a prepaid plan means a subpar phone and poor service!

Prepaid Plans Are Upfront and Honest 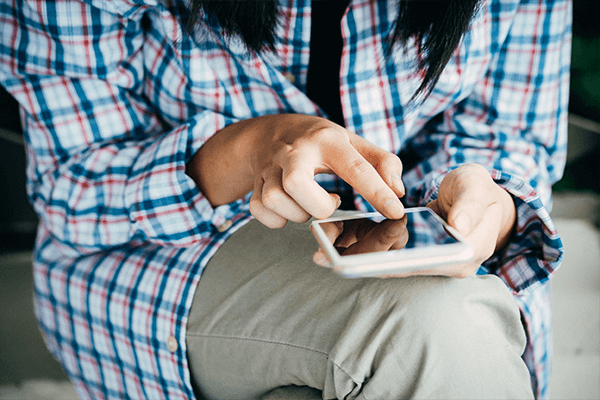 Do you ever wonder if you’re really getting the best deal? It’s hard to tell on a traditional cell phone plan. The companies rarely publish actual plan details, and new plans are introduced every few months. You can get a plan you enjoy only to find that it’s fallen out of favor with the carrier a year later.

Skip the shadows and obscurities. Instead, choose a prepaid plan. The amounts are clearly laid out, and you can purchase exactly what you need. There aren’t changes every few months, overage fees, or other hidden charges.

Gain Freedom by Breaking Up with Traditional Wireless

Are you tired of choosing a cell phone plan, only to see someone advertising a better deal a month or two later? There’s not much you can do if you’re locked into a traditional plan. Even if you don’t have a contract, your phone payments are due immediately if you switch.

On the other hand, if you have a prepaid plan, you can change whenever you like. If you find that your best deal comes from one carrier, great! If something changes in a couple months, don’t worry. You can switch to whoever offers the best coverage at the best deal.

Service is Just as Good with Prepaid

The truth of the matter is that prepaid plans operate on the same network as the traditional plans. Many times, they are offered by the same company. Other times, the prepaid company leases towers from larger companies.

Either way, you’re going to get the same excellent coverage and data that you would receive with a traditional cell phone plan. You don’t have to worry about missing out if you go prepaid.

You Save Money While Gaining Flexibility

The best thing about prepaid is the savings. You pay far less than a traditional plan. You often have fewer fees as well. You don’t have to submit to a credit check or sign a contract.

There’s so much to gain from breaking up with traditional wireless. You never have to pay for more than you use. On many plans, unused data will roll over to the next month for a period of time. There are even prepaid plans with unlimited data and minutes - for far less than the traditional version.

Nothing is simpler than getting your next AT&T Prepaid refill exactly when you’re ready for it. Don’t waste time and money with the usual cell phone plans. Break up with traditional wireless and start using prepaid today!

Refill my AT&T Prepaid
USA Prepaid is required to inform the customer prior to their purchase that the right of withdrawal expires at the moment the digital content is dispatched by email or through RTR. A checkbox is included within the purchasing process, in the last step; before the customer clicks on the “Checkout” button. For more information click here or contact us.
Open 24/7100% SecureMinute Delivery
900+ reviews
4.6 / 5