It seems like a thousand wars have been fought among friends, relatives, and complete strangers over a single, simple question:

Both sides allow you to use products like Verizon prepaid cards, and in all honesty, they both have many of the same features. But to those who are committed to Apple or Android, they couldn’t be more different.

Let’s look at the similarities and differences between the two most current devices, the Apple X and the Android Galaxy S8. 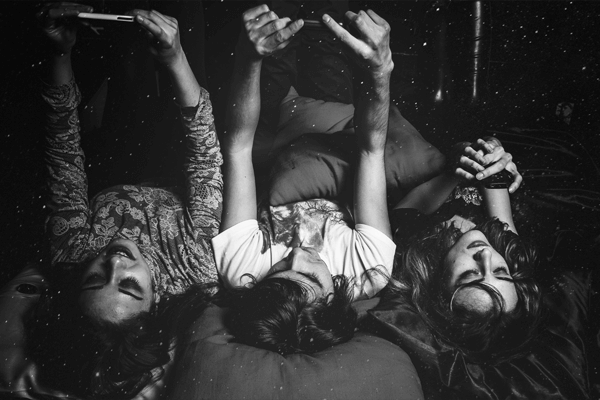 Both Apple and Android went with much larger displays in 2017 and removed the bezels so the screen is an edge-to-edge experience.

What you may not know is that Apple’s display is made by Samsung – Apple has adopted the OLED display that Samsung has been using for several years.

Two other elements give the edge to Samsung – it has a higher resolution available than the iPhone X, and it’s also a lot brighter.

However, the iPhone X did bring True Tone color over from the iPad Pro. This allows the phone to adjust to different lighting and provide a true-color experience.

Despite protests from Apple fans, many observers consider Android’s design and storage to be superior, even with this newest update.

The Galaxy S8 has a headphone jack, microSD expansion slot, and a fingerprint reader, all features which Apple users will miss in the newest update. Instead, Apple went full-throttle on Face ID, making it the only way to use your uniqueness to unlock your phone.

The iPhone X has stereo speakers, which is a significant upgrade over Samsung’s single bottom speaker. Water resistance is about equal between to two phones, and they both have glass backs to enable wireless charging.

When it comes to performance, the Apple begins to take a lead. First, the Apple camera includes a second 12MP, f/2.4 aperture telephoto lens. This allows iPhone X users access to 2X optical zoom aided by optical image stabilization, as well as a DSLR-like finish to portrait mode photos.

The chipset within the Apple iPhone X leaves the Samsung Galaxy in the dust. It is much faster than the S8, although both phones are plenty fast.

The iPhone may have finally closed the gap when it comes to battery life. Because the iPhone operating system has long been more efficient than Samsung, the new battery along with the better chipset means that the iPhone will likely last longer than a Samsung – for now.

However, charging still belongs firmly to Android. The Galaxy S8 wireless charging fast-charges at a blazing 18W, while Apple is limited to 5W. In addition, the Galaxy universal charging cord is extremely convenient, while an iPhone X needs an adapter even if you want to charge it from a Mac.

For years Apple has been the big, expensive, fancy choice. Fans claim that the sleek, high-performing devices are well worth it, but Android users beg to differ.

With a Galaxy S8 running $750 and the iPhone X famously costing $999 plus chargers and cables, there seems to be little reason to choose an iPhone on features and price alone.

This doesn’t even take into account that you can now find S8 phones for less than the recommended retail price, while there’s been no change in the price of an iPhone X.

Apple will always have its fans. There are simply people who love the brand cache, the sleek design, and the prestige of being an Apple user. But for those seeking the best value for their money? They will be firmly in the Android camp.

What about you? Do you load your Verizon prepaid cards onto an iPhone, or do you stick with Android? We’d love to hear your opinion – let us know in the comments below!

Buy Verizon
USA Prepaid is required to inform the customer prior to their purchase that the right of withdrawal expires at the moment the digital content is dispatched by email or through RTR. A checkbox is included within the purchasing process, in the last step; before the customer clicks on the “Checkout” button. For more information click here or contact us.
Open 24/7100% SecureMinute Delivery
900+ reviews
4.6 / 5